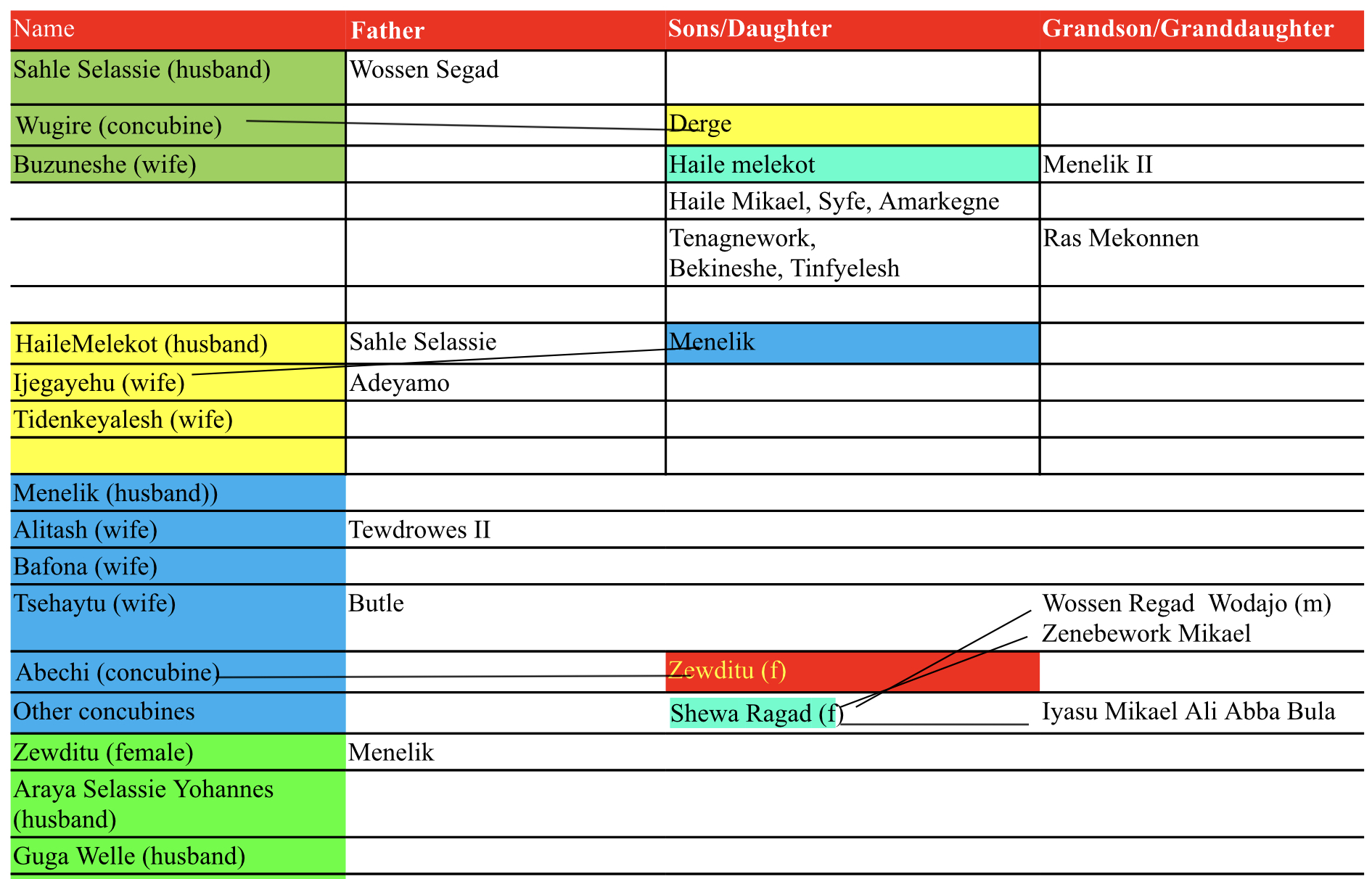 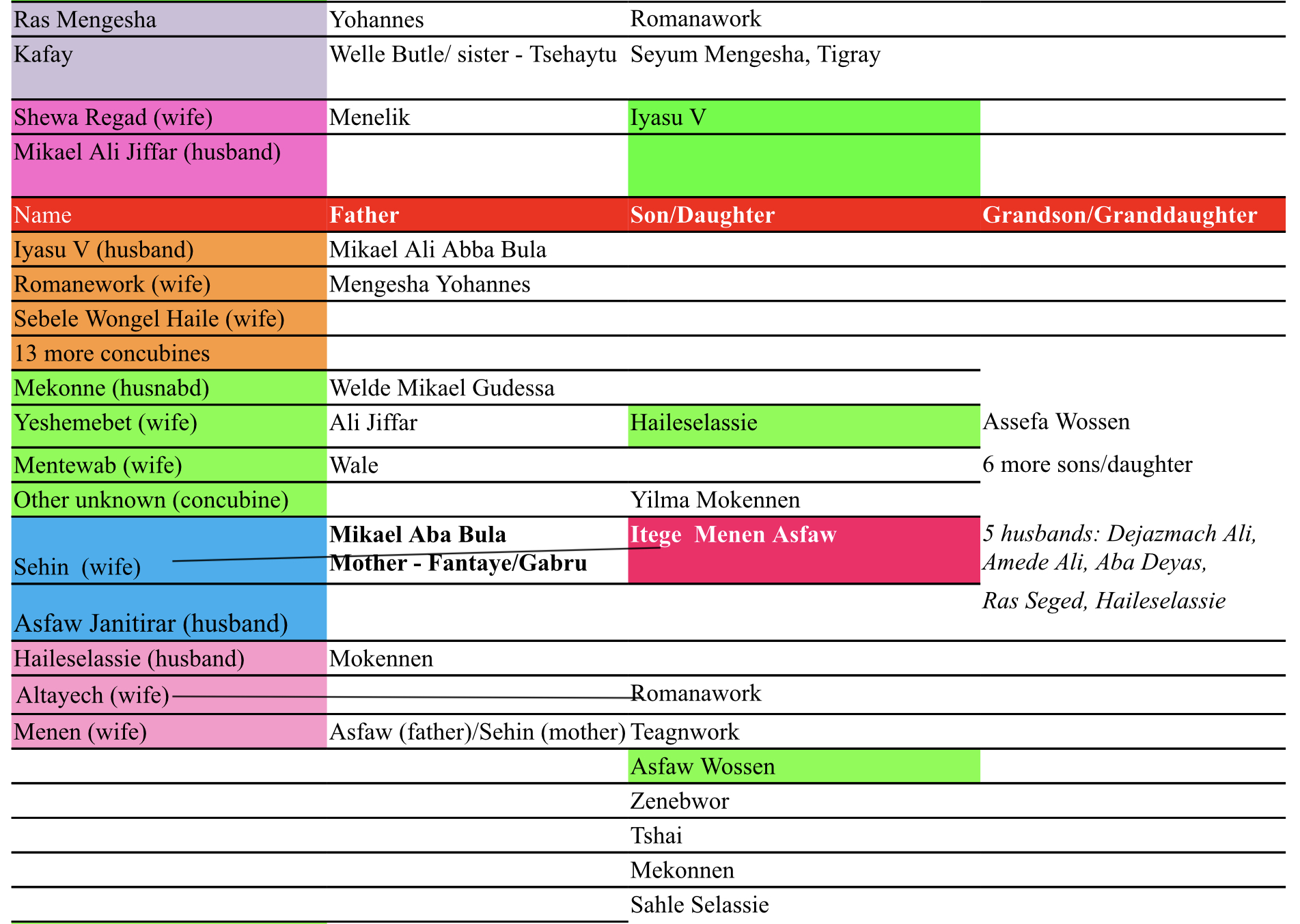 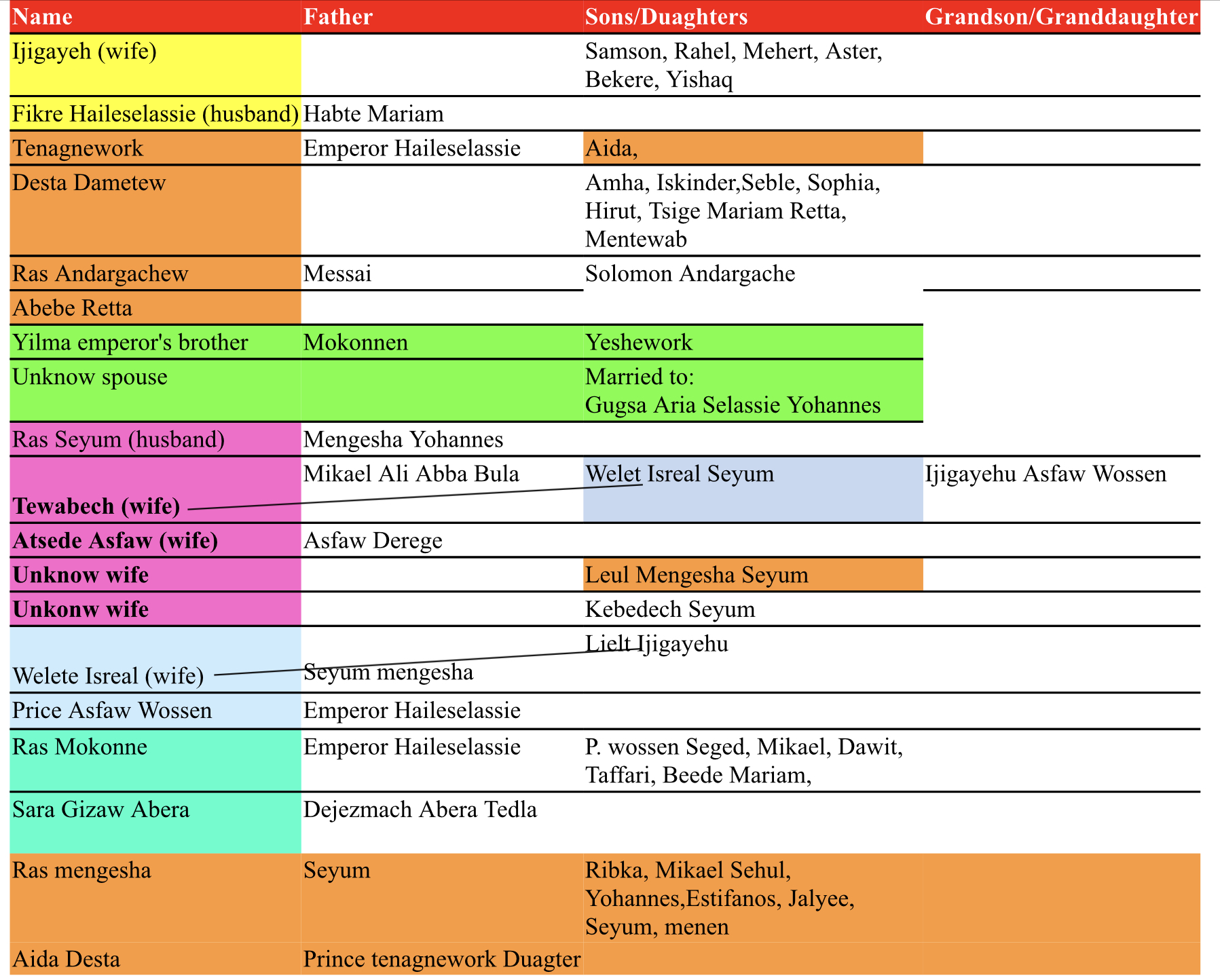 The Shewan dynasty relied heavily on three factors that were rarely deployed by other contending dynasties of the region, mainly these factors were either regarded as unholy or they were, particularly one, was an unavailable option to choose for, at the time the Shewan dynasty  began to emerge as a power to reckon.

It is also important to note that the Shewan dynasty was not, unlike the European dynasties, armed with sufficient firepower and base,  to challenge and destroy contenders to the throne, and/or weaker partners to bring them to fold. The Shewan dynasty was rather prepared to fracture and sale offpart of land and the people of contending forces to foreign powers. That was the reason why Menelik II handed over on a silver plate Bahere Negash, including Djibouti, to Italy and France respectively. Not only the land was handed over to foreigners but also  subjugated people were sold off in tens of thousands as slaves to the Arabs and Europeans, as a source of finance as well as to weaken and control the regions. A case in point Menelik, together with his wife- Tshaytu Butle, had 80000 slaves at their disposal to be sold.. His grandson, Lij Iyasu had sold in a single stroke 40000 slaves from Adal  and Afar regions to Arabs at a time when he assumed the throne without the blessing of the church. He was also reluctant to accept the French  offer of Djibouti’s  reunion with Ethiopia if he was to support of Alliance against Germany during Second World war.

The Shawan dynasty was less interested in maintaining and keeping existing Ethiopian  domain  at all costs, as expect from any ruler in charge of dispensing responsibilities entrusted upon. They were mainly interested in asserting power in the region as long as it served their personal interest. Once they felt their main challengers were fractured and posed no threat, then they started the process of striping off the land either to sale or incorporate to their own domain.

Once the Aksumite empire was partitioned, Among the Shewan and Europeans, the remaining part became easier to break and incorporate, say  for example Raya to Wollo And WelKait Tsegedey to Beremedir with little or no resistances. The number of Raya nobilities who fought Haileselassie after his return from self inflicted exile can be cited as examples. Emba Alagie, that had seen off the Italians at the time Ras Alula and Ras Mengesha at the close of the 18th century twice, once more was revisited by the fascist Italians in 1933 only for the emperor to flee to safety living behind people like Dejazmach Abera Tedla, grandfather of Telahun Yegzaw to defend the region. Abera Tedla was subsequently  shot twice on the head and ultimately succumbed to  his death in Adushe Adi, Tewejebo.

The people of Raya then paid heavy prices in exchange for their services in defending from the returning emperor, he confiscate their land anddistributed to Amhara warlords, He appropriated

37 hectors for of land for  himself, 49 for Asfaw Wossen, 19 for  Leke Menkush Taddisse, 9 for Ras Abebe  Aregay, These and other warlords then allowed Amhara settlers in move in to Raya and take lands. Places like Kobo, Men Defera (a place name pure as  Tigrighna as it can be)  were taken over by new settlers and the Rayan became serfs on their own farmlands.

Two  factors that were deployed by the Shewan dynasty were intermarriage and use of free garrisons easily obtained in mass recruited from Oromo people  who were recent immigrants to the country who were  just about finding their feet in their newly homes.

As can be seen from the chart the Shewan dynasty extensively outstretched its female members to catch and pacify members of other contending claimants to the throne. The intermarriage of some was close to incestuous both sexually and politically This way threats were thwarted.

The second factor that was mentioned above that was available in great numbers of manpower from the Oromos was used to expand and conquered the east, west and southern Ethiopia, ironically the Oromos at times appeared to be maneuvered  to work against their long term self interest by the Shewan rulers.

Finally, and there is always final, when political machinations run out of steam, and the empire building  was about to cave in, military operation as a last resort was used to hold on together the collapsing empire but to no avail as the Derge proved to be the case. But before or parallel to military operation taking place  some fanciful grand designs were put in place; as it did in Russia with the Bolsheviks, the EPRP/MESSON emerged an progressive uniting forces; but cynics would put them as forces desperate to defend and  keep the existing statuesque of the ruling class and ethnic group – Amhara upper hand. 70 odd years later In the end the Bolsheviks failed to bring the change about promised to the SovietUnion largely because the Bolsheviks  served Russian interest at the expense of the other nations under the Soviet Union. Unity that serves the interest of one group at the expense of other, no matter how cleverly designed will eventually be exposed and collapse. One example why the slogans of unity that fails to reckon the diverse consistency of the people living  in close proximity is a case of EPRP operating in Tigray mountains and ridges during the 1976 armed struggle. During that time the EPRP obtained a cache of arms from the Palestine Liberation Front. This arms came through Eritrea and took long time to reach destination in Tigray, but instead of arming the peasants of Tigray, as many of the young peasant who volunteered to Join the front were turned back being told the front was not in need of more fighter. – which was not  the case but false assertions. That said, the weapons obtained from Palestine were constantly and  secretly moved around and buried underground  to keep them safe from prying eyes. If the Tigrayan peasant were armed with the weapons obtained from a foreign land, the front would have been defended well and stave off the TPLF attack that took place and destroyed the Front for two reasons: one, the TPLF would not want to be seen attacking Tigrians to its detriment, if many peasants of Tigray origin were killed, it would have been difficult for the TPLF to operate in the region, 2) with more armed men/women on its side, the EPRP could have been strong enough to defend and ward off the attack that took place. The question one could ask is  then: The EPRP did not wish to arm more Tigrayan who then could disrupt and pose a threat to the existing socio- economic-military structures  with the Amharas at its helm. Remember during the reign of Menelik no Tigraian was allowed to join the national army by decree.  The plan was that once the EPRP left  Tigray – and there was a plan to move on to other parts of Ethiopia but proved   difficult , case in point the a unit of EPRP that moved to Wollo was wiped out by the Amhara peasants –   those cache of arms would be distributed to the Wollo, Gonder or Gojjam peasants. The irony that the Tigrayans who sheltered the EPRP when other nations were hostile, were not trust worthy to be armed to defend a cause. In the end, things did not go to plan, in the conflict that erupted between the TPLF and the EPRP, the later was defeated and the cache of arms were taken by the TPLF. Ether the TPLF found out about the secret place the arms were hidden themselves or the peasants in whose courtyard they were buried would have told them their whereabouts to save themselves from being implicated by the victories TPLF.. The point is it is not only the conservatives but the liberal and/or radical  members of a society dominated by single   ethnic, race or religious groups would always harbor elements of discriminatory practices.. One size fit all unity that denies diversity of people as it exists on the ground, be it ethnic, race, religion, language,  etc, is dead in water and cannot  be masqueraded under false pretences. One cannot and ought not say people are one and the same when they are not unless one has an ulterior motive to hide. Difference have to be recognized and resolved to amicable terms. Let alone, to be fooled by the noisy ragamuffins Neftenaghas waving tricolor flag calling for unity whilst at the same time they hands are stained with blood of those they clamor  for to join, even people with initial good intensions calling for unity and one flag one nation, hard to be beloved.  Because, some are big time, others small and some are not even aware that they have minuscule elements of chauvinistic ligament in their blood  and get offended when they are reminded of the detrimental consequences of their acts.

Now you may ask the purpose of  writing  this article, denying a peaceful rest to the long dead persons. Well, it is to Ken what actual had happened in the past and never to endure the same ill treatments again; never to be taken for a rid by accepting the face values of what were promised would happen. We have to take charge of our destiny and not delegate anyone else in our name. 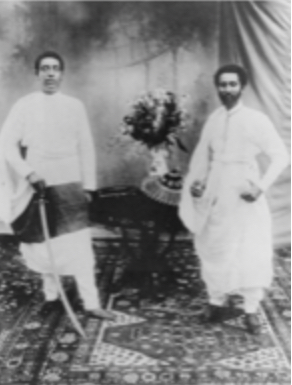 it looks Leij Iyasu and Ras Tefferi conspiring against Ras Seged to take away his wife Itege Mennen Asfaw – a  nice of Iyasu and betroth secretly to Ras Teffri. It is said,  Ras Seged reconciled with Teffari and later on fought siding Ras Teffari against Iyasu to revenge the plot Iyasu hatched to take away Itge Mennen from him.