A group of Tigrayan academics has written to the UK Government’s CDC Group PLC (CDC) raising concerns that inadequate steps have been taken to ensure a £65 million telecoms investment is not used to fund serious human rights abuses in Ethiopia’s armed conflict in the Tigray region.

The Tigray Academic Diaspora in Europe (TADE UK), whose members’ families are directly affected by ongoing abuses in Ethiopia, says the investment by CDC Group PLC, the UK Government’s development finance arm, in a telecoms licence in Ethiopia is at risk of being diverted to fund the fighting – and abuses – in Tigray.

The investment is to be made after the Ethiopian government awarded a 15-year spectrum telecoms licence worth $850 million to the Global Partnership for Ethiopia Consortium which includes Vodafone, Safaricom, Vodacom, Sumitomo and CDC.

TADE UK, represented by law firm Leigh Day, has sent a pre-action protocol letter to CDC, listing evidence of the serious ongoing abuses in Ethiopia and saying the absence of any indication that CDC has considered those issues in line with its own Code of Responsible Investing suggests that the investment may be in breach of that policy and unlawful.

It is understood that the US International Finance Development Corporation (IFDC) has put on hold a proposed $500m in debt finance to the Global Partnership for Ethiopia Consortium to help fund costs around the telecoms licence because of concerns about the ongoing hostilities and grave human rights violations in Tigray.

The pre-action letter notes that the EU Commission has suspended nearly €90 million in budgetary aid to Ethiopia, criticising the Ethiopian government for failing to provide adequate access to Tigray to respond to the humanitarian situation.

While CDC is permitted to invest some of its capital and resources into Fragile and Conflict Affected States, its policies require it to carry out a due diligence process prior to investing, and to continue such due diligence throughout the course of investment.

In its letter to CDC, TADE UK says that as well as standard checks on risks associated with the investment, its investment code says human rights risks should be managed and assessed, and capital should not be invested in an Excluded Activity which includes “production of, or trade in arms”. It says there is no evidence that this has occurred and therefore a real and significant risk that the Government of Ethiopia will utilise the CDC funds in connection with the violence in Tigray cannot be ruled out.

TADE UK asks CDC to confirm that the investment in the Licence will be suspended, pending compliance with the Code, including a full assessment of the associated risk of it contributing to serious violations of human rights.

“We are extremely concerned that CDC’s investment money is going to be used to fuel the war and atrocities throughout the Tigray Regional State and other regions. We believe that CDC, in lending to the Global Partnership for Ethiopia Consortium should honour the principles of internationally recognised human rights.

“The US Government’s firm action on war crimes in Ethiopia has resulted in sanctions against the Eritrean and Ethiopian governments. Similarly, we welcome the UK government’s principled stance to condemn the ethnic cleansing, war crimes and potential genocide going on in Ethiopia against Tigrayans.

“CDC should recognise our concerns and confirm that it has considered the human rights risk associated with its investment and provide the information we seek about how this investment complies with its internal policies.”

“At a time when the Ethiopian government is facing economic pressure at home and international condemnation abroad for the ongoing human rights abuses in Tigray, there has been a worrying lack of information published by CDC in relation to this investment. Our client is rightly concerned and seeks a full explanation from CDC of the due diligence assessments it carried out prior to making this investment and any contractual controls put in place to prevent the potential misuse of funds.” 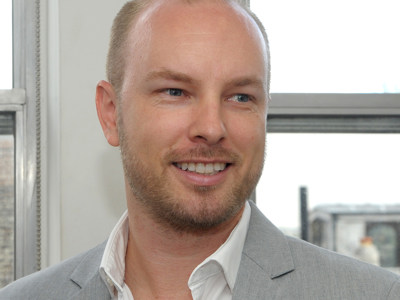 Jonny Buckley is an associate solicitor in the international department.

Tom Short is an associate solicitor in the human rights department.

If you believe your human rights have been denied our human rights and civil liberties team is one of the leading teams of practitioners in this specialist area in the country.