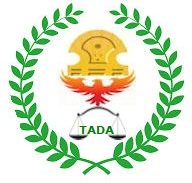 The UK based Tigray Advocacy and Development Association calls upon you, African leaders, assembled in Addis Ababa, to give the utmost attention and priority to addressing the genocidal war, the complete siege and starvation of millions of Tigrayans in the Tigray Regional State of Ethiopia by the Ethiopian Federal Government, forces of the Amhara Regional Government , the armed forces of the State of Eritrea and their foreign allies, in flagrant violation of the foundational norms of international law, including the pillars of the Constitutive Act of AU.

The conflict is now regionalised with a devastating impact on millions of civilians mainly in Tigray, but also in the Oromia, Benishangul Gomez and Afar regions of the Country. Some parts of the Amhara region, specially the Kimant and Agow ethnic groups have been significantly impacted by the armed violence.

In Western Tigray, 1.2 million people have been forcibly evicted from their homes; tens of thousands of women and girls were exposed to systemic and widespread gang rape and many other forms of sexual violence; 6 million people are under total siege without access to food, medicine, electricity, telephone services, fuel or cash; and 70,000 Tigrayans, mostly women and children, have fled in to the Sudan, they are living there as refugees for more than a year.

Tens of thousands of Tigrayan civilians who live in all parts of Ethiopia, including in Addis Ababa have been detained and abused en masse under the disguise of a state of emergency law of the Country. While the Government has released a handful of detainees in recent weeks, tens of thousands of Tigrayans and Oromo civilians are arbitrarily detained under the country’s ethnically motivated state of emergency, remain in an informal and formal detention sites throughout the country, including the detention of thousands of civilians in private and public facilities in Addis Ababa, in the backyards of the AU headquarters and where you leaders are holding your summit. The conditions of detention of these civilians are appalling and inhumane amounting to grave breaches of international law, including the African Charter on Human and Peoples’ Rights.

We would also like to bring to your attention the fact that Tigray civilians and their civilians’facilities have been subjected to deliberate drone and airstrikes in flagrant breach of the Geneva Conventions of 1949 and their Additional Protocols.  For example, during the first two weeks of January 2022, at least 129 civilians were killed by airstrikes in Tigray, including 58 innocent civilians in a January 7 airstrike on an internal displaced people (IDP) site in the town of Dedebit, bringing the total number civilian deaths by air and drone attacks to 1570. The involvement of foreign forces (and operators) from Eritrea, Iran, UAE and other powers, in violation of the United Nations Charter and the AU Constitutive Act is resulting incatastrophic loss of lives and destruction in the country.

We call upon the Chairperson of the AU Commission, Heads of State and the Peace & Security Council of the Union to:

Crucially, the AU must denounce the occupation of Western and North-Eastern Tigray by Eritrean Forces and shall order their immediate withdrawal. The African Commission on Human and Peoples’ Rights, tasked with promoting and protecting human rights and peoples’ rights should restore its integrity and make clear statements about the atrocities committed in Tigray and support the United Nations Human Rights Council’s international criminal prob into the mass atrocity crimes committed in Tigray so thatperpetuators face the force of justice.

We do hope that President Macky Sall of Senegal will ensure the respect for civilian immunity during armed conflict and basic human rights. We note that justice and accountability are the focus of the African Union’s agenda as he takes over the Chairmanship. We also demand that the AU, under President Sall’s leadership, act swiftly and decisively by triggering its prevention and protection mandate to end hostilities and mass crimes. The Union has to callup on all warring parties in the Ethiopian war to end mass abuses and armed hostility, and press the government of Ethiopia to lift its inhumane and illegal siege of Tigray.

An urgent appeal from the People of Tigray

The Horror of and Protest against Turkey’s Complicity in the Genocidal War on Tigray, Ethiopia