Stray dogs run around in Tigray and its environment. They hoped they would find something of good use to extend their miserable lives a little longer, making it worth their while or at least better than for nothing. Although once they wandered in as victors looking for the promised Orr, there is now something unexpected they are forced to relinquish – their dear lives.

The former state of Ethiopia has 120 million people who are packed in to live as subjects, following the rules of the Amharas. Over a century they have been coerced to give up their languages and cultural identities, so much so they are complacent and pleased to be called Amharas and might even be offended if one reminds them they are after all non-Amhara assimilated people who appear to have lost their pride.

That said, it is the nature of oppression that creates such diffidence and loss of self respect, and anyone could be susceptible. One cannot entirely blame those who give in to such ill and cruel treatment. Everyone is not resilient to fight back. That requires awareness-raising, organisation, support and accountability, education regarding one’s history.
The sad thing in the former state of Ethiopia is that the oppressed nationalities and ethnic groups lack effective leadership to take the challenge and reorient their people. For those populations who fall subject to Amhara manipulation, they lack current leaders of these oppressed nationalities, or their leaders are opportunistic and cowards.
That may be okay during peace time, where everyone is focused on improving their personal lives, as opposed to building national identities.
But now when the Amharas are fighting to take land from Tigray there is no reason for an Oromo, Gurafe, Sidama, Welayta, Afar Siltie to be cannon fodder.

The Amhara are becoming clever, to misuse the oppressed not only to fetch them water, till their land and massage their femoral ties but to die for them in tens of thousands to occupy someone’s land.
The oppressed people of the former state of Ethiopia have no one to count on as paladin to lead them to safety –
Say ‘no’ to participating in and dying in a war that has nothing to do with your future or nothing to personally gain! God have mercy on the slaves of former Ethiopia – ሻንቅላ ባርያ ዶርዜ ጋላ ወዘተ:: 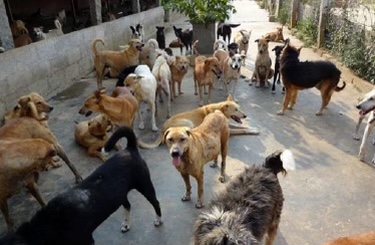 If the Push Comes to Shove: The Devil I Know is My Friend Than the Engel I Don’t!