There are in all part of the world feeble people, who absorb anything and everything told without question, in short they are gullible. Some even go a bit further and retell the story told as if they have firsthand experience of the events  audaciously. There is no point wasting time and energy trying to implore to regain their senses. All you could say is this: ምምሕፃን ዘይማዓዶ መከራ ይምዓዶ one who refuses to learn and heed he will soon swallow the bitter truth the hard way.

There are also Inept politicians, incapable
To maintain peace and stability However, unlike the feeble people they feed garbage to the wider world,  they know better and are equipped to fish in troubled water. Instead of being led, they lead. Instead of being at the receiving end they are at the driving seat charting the way – erroneous way! The only trouble they would finally face is that the road they choice others to follow will soon come to cul-de-sac. They would be stacked with no way out except to commit self inflicting damage. In the end they too will learn the hard way!

There are also international organisations acting just like camels tied head to tail and led by the herdsman, they follow instructions set out to effect as told by politicians for as little as self serving gains. They have passel vicarial pouch they couldn’t afford to leave it empty, as well as protruding dorsal that needs hydrated now and then before the  borborygmi  sound is raised alerting the rectum.

Take for example the different nations and nationalities of the former Ethiopia brought under iron fist to satisfy the needs and glory of one ruling nation -Amharas. This reality was and is known not only to the people under this oppressive country but also to the wider world.

That being the case the West aware of such violent and fragile assemblage of different ethnic people by bruit force used the fault line when it suited their interest.

With the sleight of hand of the grading Amhara and frustrated Oromo and other nations the West pushed over the mostly Tigray led government and brought the Property to the Government  led of Abiy Ahmed.

Be that as it may, two years down the line the government they connived to take over proved decidedly violent and their war mongering had brought suffering and death in the Tigray and Oromo regions.

Finding no other means the Tigrayans began defending themselves to survive. As they gather their force and turn resolute to push back the aggressors the West demanded that the Tigrayans need to roll back their forces from Amhara region which they managed to reach at the gate of the capital under heavy sacrifice. The West demand the sovereignty  and national integrity of Ethiopia ought to be maintained and respected.

What did they say, what did they do when the Abiy government started to falter, and invited foreign enemies to attack Tigray, and the Tigryans responded in kind? “Ethiopia’s soviegnity is infallible and needs to be respected!”

The West can’t have the cake and eat it! They manipulated ethnic divisions and conflicts to get rid one unruly   Ethnic -Tigrayans, and replace by one would be submissive, little did they know who they were lending their support.

The worst possible crimes under the sun have been committed in Tigray by the Ethiopian, Eritrea, Somali and UAE governments with lending hands of China and Turkey.

Pressuring the Tigrayans that whether we like it or not we have to live with our worst enemies is not fair , nor  democratic  by any means.

Why then now the West is interested to maintain an oppressive and violent Ethiopia under one hut: unless the west is only thinking about its interest? when the cause and source of the problem is home grown and cultivated bred! Understand,  causes and sources of problems could be home grown and bred! to externalise causes of own problem it is not always useful. One has to take stock and be introspective to challenge problems wherever, however they emerge, instead cry foul and blame others especially  foreigners.

But we are also sad to remember, in September and October 1943 the British bombed  Tigray Mekelle and Corbett repeatedly, killing thousands, people they knew hardly or had no contact with,  to quell the Wayne Revolt against Haileselassie. Following the defeat of the First Woyanie Haileselass and his Amhara cronies grab vast and fertile land of Raya in the south and western Tigray  and gave it to Amhara  settlers. He also imposed unbearable tax Tigrayans could not afford.

Following such a draconian rule, Tigrayans led lives below wild beasts could contemplate. If lucky a Tigray’s would have a single room as a home to live in as a dorp/shuck, mud cladded thatch. Under it a family, calf, lamb, does, cockerels, chicks. chicken, a cat live in the same room with cooking mud stove built in. All this without light day and night. Taking humanity to prehistoric time of living, Tigrayans under Amhara elites  were subjected to endure, in the name of one nation and unity!

A Tigrayan would probably eat meat once a year on Eastern if she or he is lucky. The rest of the years one is feed cereal ones a day. Such was Ethiopia led by Haileselassie the British came to bomb and prolonged the oppression  in return for what?

The military dictator of Mengestu, swapped politics as hand gloves. He used the Russians to help him extend the Amhara Elites grip on power by providing him the means to bomb Hawzen.

Bombs fell and falls in Tigray in a predictable cycle, as rain does in places, as if we demanded anything that is not our right. But rights are not right when demanded by Tigrayans in this tiny world!

Why isn’t the world calling a spade a spade and holding Ethiopian Airlines to account for violating international aviation terms and conditions? The airlines has been transporting arms, munitions and soldiers to carry out their criminal act of war against innocent Tigrayan civilians, in addition to ENDF bombardments day and night that kill children attending kindergartens.

Leave the safety and well-being of Tigrayans aside; wouldn’t it be necessary to protect foreigners choosing to fly and run the chance of getting caught in an air accident if the airline continues to carry out its flagrant conduct carrying arms and passengers  at the same time disregarding safety procedure and protocols? Why on earth is the Ethiopian airlines allowed to operate with impunity?

With respect we need to tell the West, the East, China or the Camel herder Arabs who they are if they tell us what to do any more we couldn’t shoulder the yoke! Sod off you. You and you!!

When Britain bombed Tigray into submission 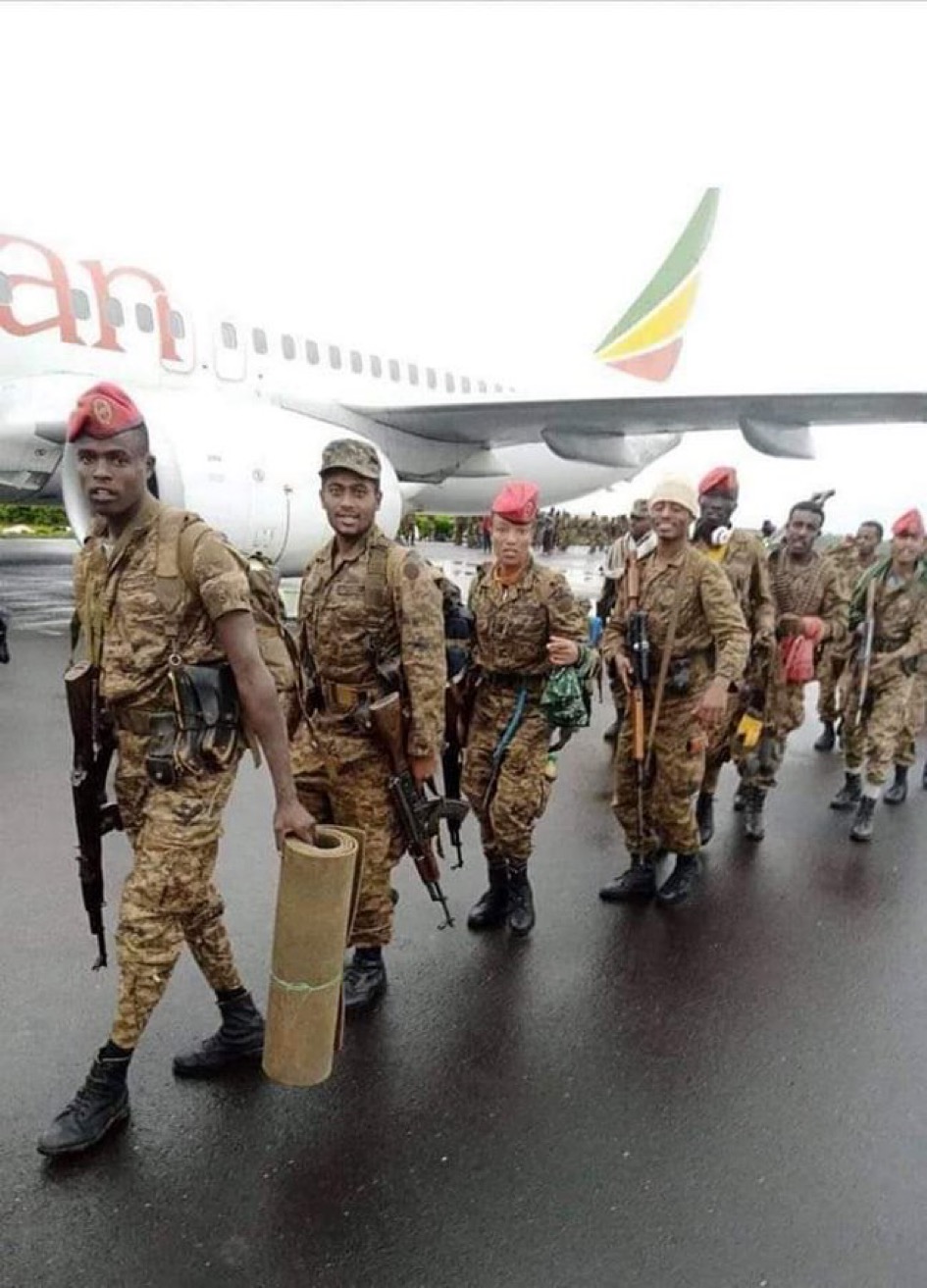 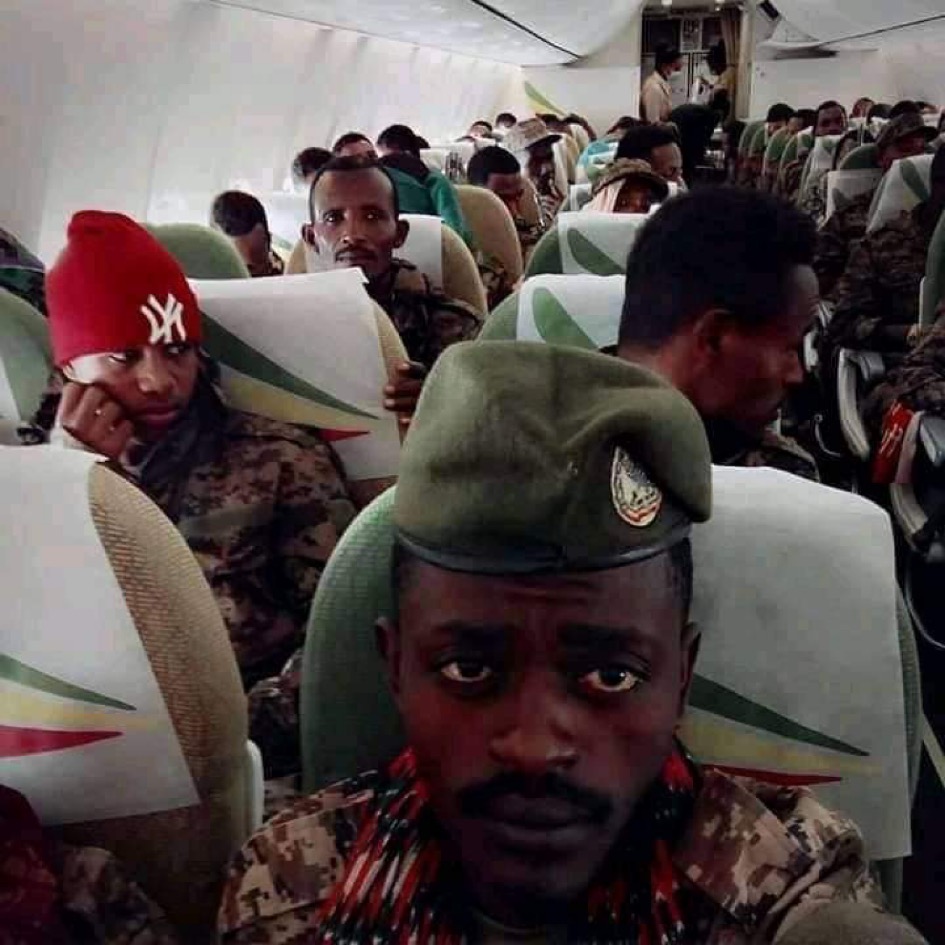 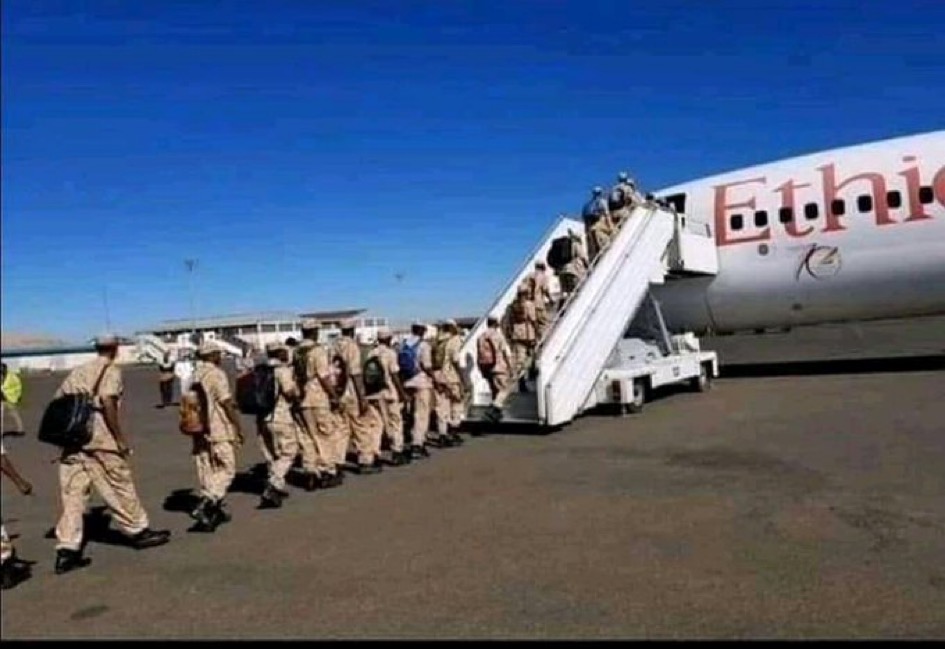